The rich history and culture of Tavush have found a place in its museums: the history of Ijevan, the history of Koghb, the history of Verin Karmiraghbyur, the history of Berd. Each of these museums can be considered the “passport” of the region, and of its centuries-old biography. There are multiple exhibition halls, which are united by one common theme: the centuries-old way of the Armenian people, the heroic past, the achievements, the losses, the culture. The museums of Tavush are the link between its old and new history and present, the traditional Tavush residents of all times, and their costumes, culture, and crafts. 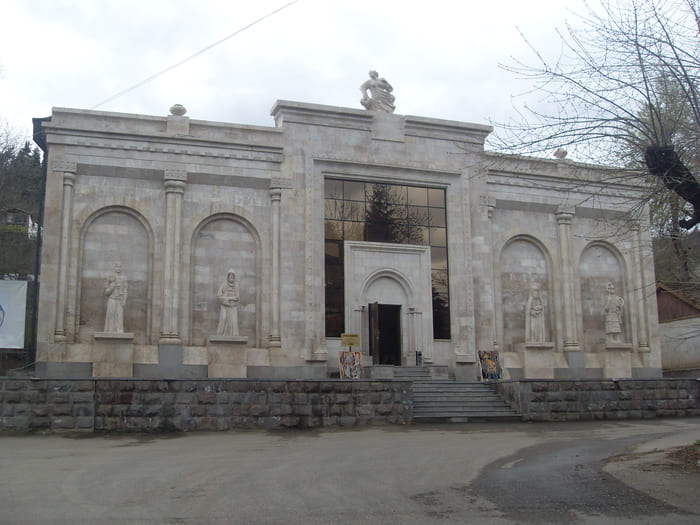 The Dilijan Museum of Folk Arts was founded in 1979 by Hovhannes Sharambeyan, Honored Artist, Honored Art Worker, a great devotee of Armenian culture. The building of the museum used to be the summer house of the 19th century Tbilisi (Georgia) public figure, patron princess Mariam Tumanyan, whose last resident was Sharambeyan. He provided his house to the state for the museum, which was renovated and renewed, rediscovering its historical appearance. 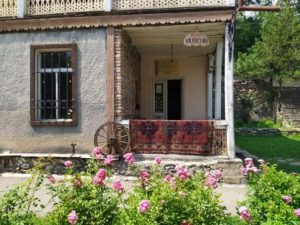 The fund of the museum consists of old, valuable objects, decorative-applied works of art made of Armenian masters from different villages, settlements, silver belts, jewelry, carpets, rugs, laces, wooden household items, ornate objects, ornate cribs, metal items household items. The museum also houses paintings by various artists depicting the streets of Dilijan. Each item presented here has its own “biography.” For example, the colored wooden, ornate arch belonged to the Holy Apostles Monastery in St. John, during the renovation of which, during the Soviet years, it was thrown away. When, in the museum, the white paint was removed from it, colored patterns with the image of an angel appeared. This arch is one of the oldest exhibits in the museum. With the opening of the museum, the traditional Armenian folk crafts, the handicrafts of Armenian masters, many of which are works of art, have been saved from oblivion. Sharambeyan donated his collection to the museum. Folk masters and amateur artists always present their works here. The museum organizes carpet weaving, pottery, and decoration master classes, exhibition-sale of works of folk masters, also scientific research works are carried out.

The Dilijan Geological Museum-Gallery includes about 5000 exhibits kept in the archeological, ethnographic and art sections. Here are presented the history of the city, culture, life, as well as samples of world fine arts. 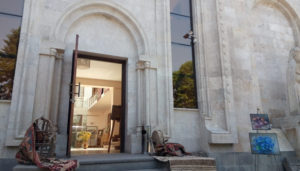 The finds on display in the Department of Archeology were discovered in the 1850s. During the Armenia-Georgia road construction. The site of the accident, the mausoleum, is called the Redkin-Lager (Redkin Camp) after a Russian construction engineer whose camp was located 6 km from Dilijan on the banks of the Aghst River. Excavations were carried out for the first time in Armenia at this place, where finds of the 3rd-1st millennium BC were found: bronze and iron weapons, unique jewelry, horse bridle, many clay pots, etc., which are kept in the Dilijan Geological Museum-Gallery , as well as in the Hermitage of St. Petersburg, Russia, in the history museums of Armenia, Azerbaijan and Georgia. The Dilijan Museum is also marked by its fine arts department, which presents paintings, sculptures and graphics. The original paintings of Hovhannes Aivazovsky, Gorg Bashinjaghyan, Vardges Surenyants, Panos Terlemezyan, Edgar Shahin are on display, as well as samples of Dutch, Italian and French paintings of the 16th-18th centuries. The Department of Fine Arts was founded in 1958 by Hovhannes Sharambeyan. At his request, the artists donated one canvas to the museum. The museum also received a donation from the Hermitage in St. Petersburg.

The exhibition of Paytashen Museum starts before entering the museum. In the yard you can see a cannon, which “took part” in the First World War, the big grinder reminds us how our forefathers milled wheat, the huge olive stone introduces the ancient method of obtaining oil. 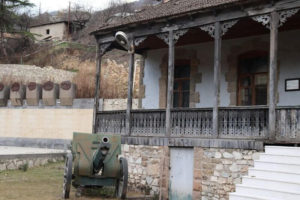 The wooden balcony of the museum is one of the samples of Tavush wood art. Here is everything that is related to Tavush, and in particular, Ijevan, since ancient times. In the photos is Armenia, ancient, then in modern maps, rich historical monuments of Tavush – medieval churches, bridges, castles. A separate pavilion displays geological specimens – stones, various ancient finds from the tombs – work tools, pottery, household items, weapons, jewelry. Handicrafts are also presented: spinners, sanders, pulleys, with which the women of Tavush made wool, spun and made beautiful carpets, rugs, with which Armenia has been so famous since ancient times. Here are the Tavush ornamental carpets. The prototypes of the modern iron, gas stove, lamps, cradles, which were used by the people of Tavush, are part of the museum. A special beauty is the costume of a Tavush woman, which is worn by dolls made by Tavush puppet makers. By the way, you can buy them if you wish.

The house-museum of People’s Master Ashot Babayan in Dilijan greets the visitors with a “Do not lie” wooden sign. With this, the master says that he uses sincerity both in nature and in art. Creating 100 wooden sculptures during 20 years, Ashot Babayan turned his house into a small museum. 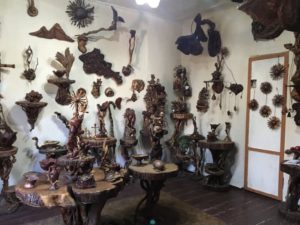 The wood gets an unusual shape in his hands. According to the master, wood has a breath, by the dictation of which he creates, putting his soul in wood. Here are presented both hand-made sculptures made by the master and nature created, which Ashot Babayan finds in the forest or elsewhere, and by adding a small particle with the help of imagination, he turns it into a work of art. The garden of the carpenter is like a movie theater with its unusual “scenery”. These unique “exhibits” can be called “wooden imagination”. The museum has hundreds of visitors from different countries. The master lives in his house-museum. He does not describe his art with any words, he just says: “No such thing exists in the world.” His art is a fairy tale for adults and children. 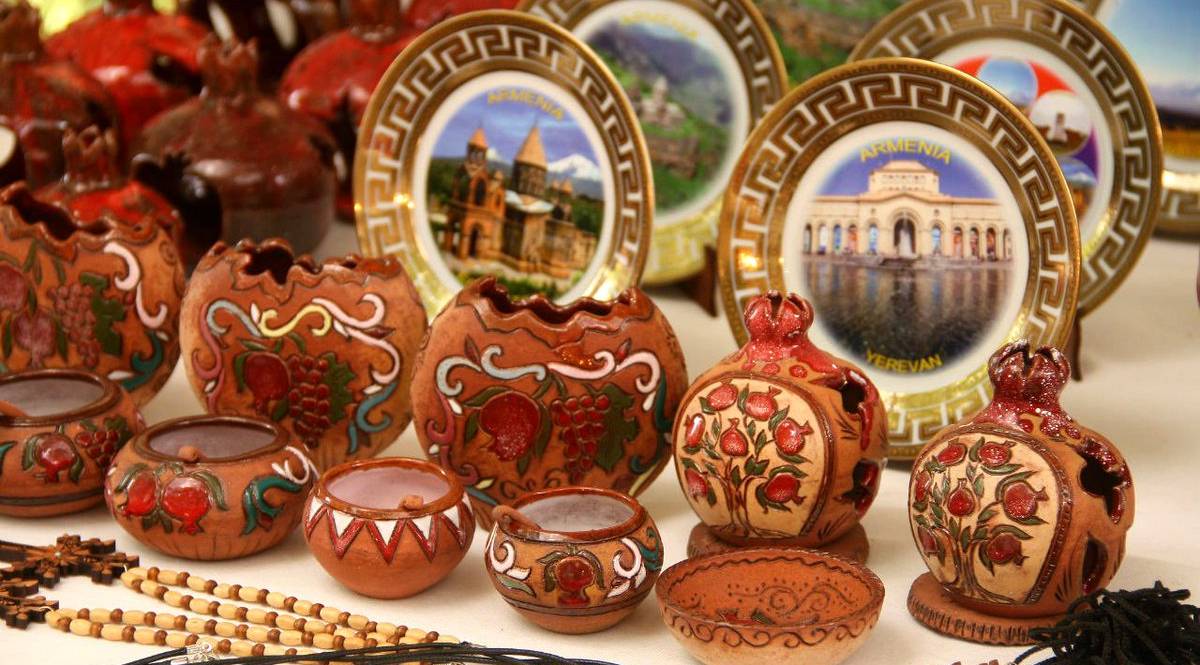 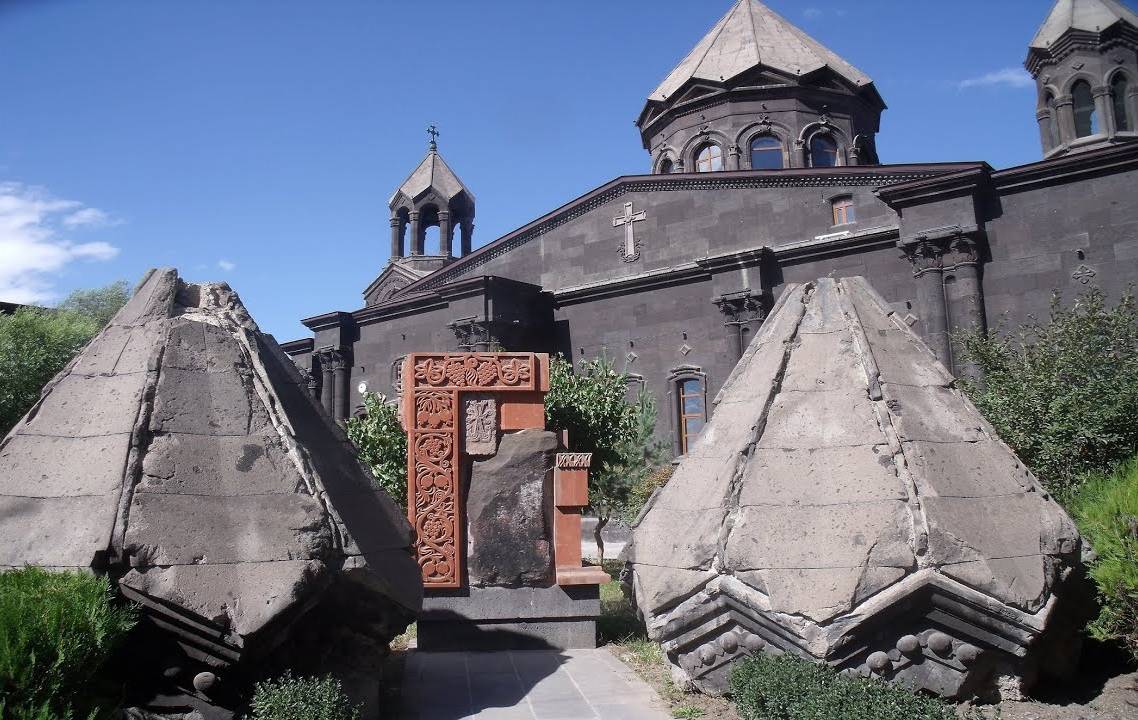 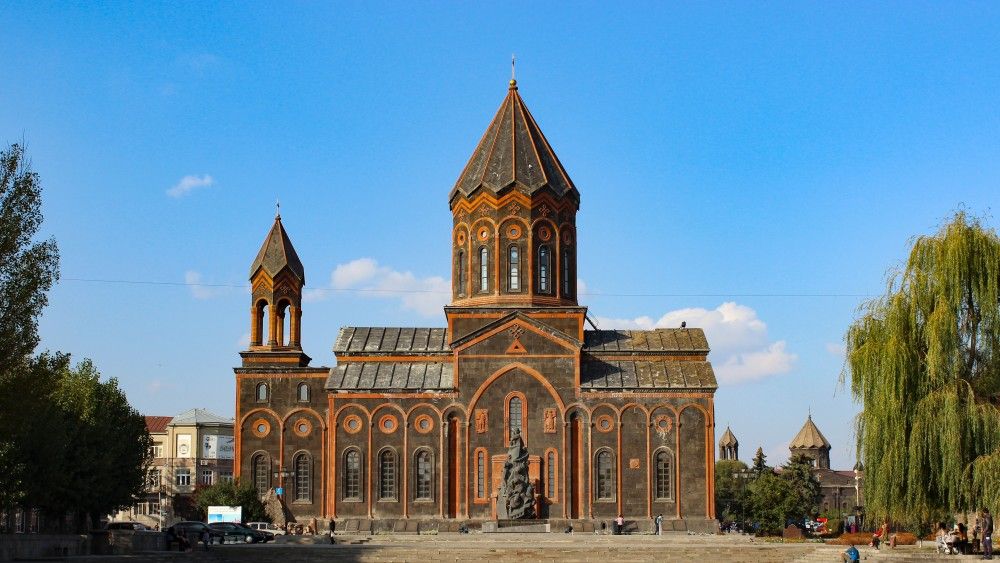 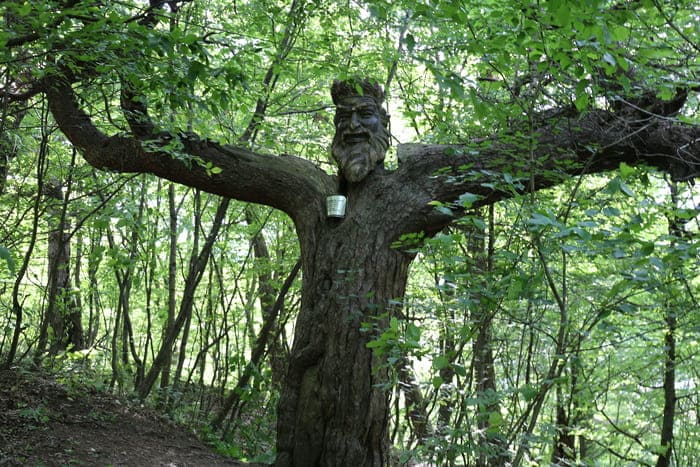 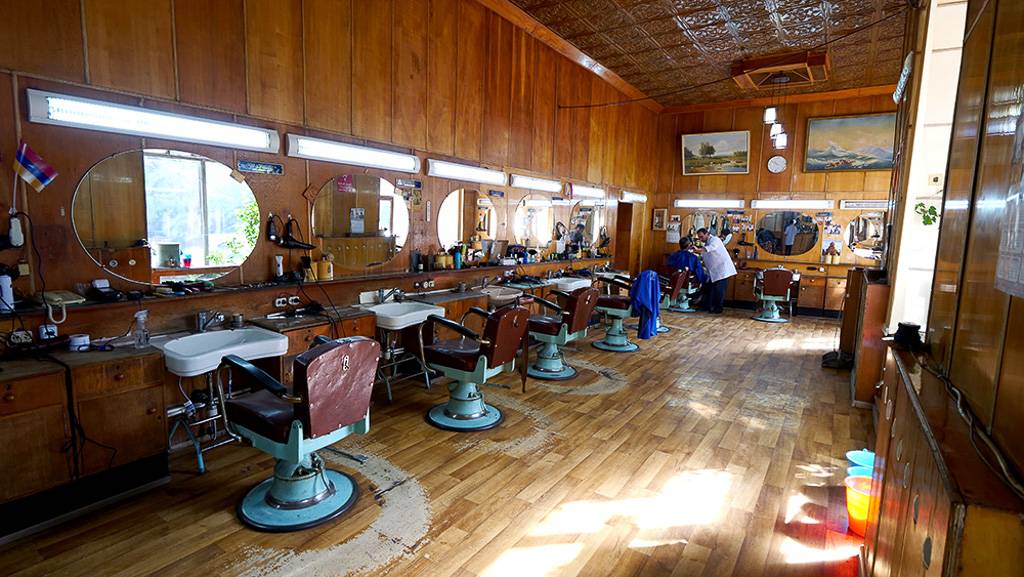 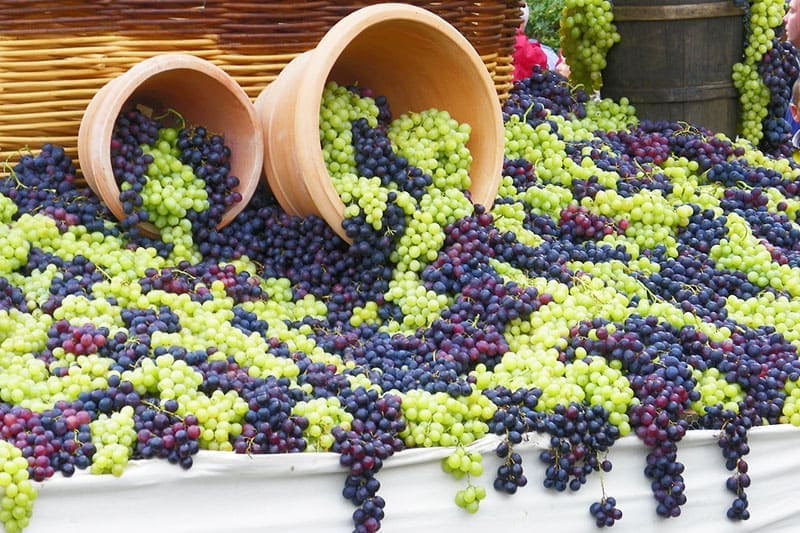